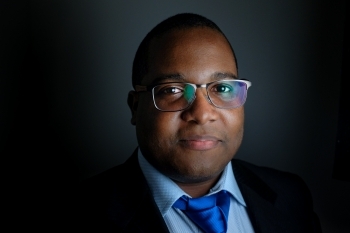 You need to remember this,”

Xiaoming - barely capable of moving his lips to form the words, sweat piercing through his skin - spoke to me in a hushed tone as if he was letting me in on a secret, “Beijingers don’t understand hotpot.”

This smoke-filled restaurant, hidden in one of Beijing’s old Hutong streets, was teeming with hungry guests. But though these guests live here in Beijing they are not originally from Beijing. Every night Sichuan migrants pour into this dimly-lit unassuming room that looks more like a 1920’s speakeasy to “escape the dullness and lack of heat” of typical Beijing foods.

And the heat was unrelenting. I was not warned. What began as an innocent dinner invitation morphed into an eye-watering, mouth-numbing, tongue-searing, belly- blazing, culinary romp which started with a cauldron at the centre of the table: Sichuan hot pot.

It’s a boiling red soup (otherwise called a broth) - often made of pork stock loaded with cinnamon, a wallop of ginger; garlic, a few dry bay leaves, and other earthy spices like star anise.

The “redness,” both literal and metaphorical, is given by the profuse use of red chillies and a hauntingly abundant pepper called huajiao (花 椒) which numbs your lips as you eat it; it is referred to as the numbing spice or just Sichuan pepper.

Hot pot is served with a dizzying variety of vegetables and thin cut meats: beef, pork, lamb, tofu sheets, shiitake mushrooms, bok choy, napa cabbage... and that was just what we were able to comfortably finish. You submerge the vegetables and meat until they are cooked through.

After the meat cuts are cooked you dunk them in a dipping sauce concocted by combining chili oil; sesame oil; soy sauce and black vinegar; peanuts and cilantro, sriracha and garlic. Then eat. Then repeat. The taste is addictive.

The English term ‘hot pot’ is deceptively timid. So deceptive that I wonder if the original translator was hiding the truth to either spare or coax the anxious. The Chinese term huoguo (火锅), with a more faithful translation, means ‘flaming pot’.

Xiaoming, originally from Sichuan Province in the southwest of China, like many others migrated to Beijing for work - in his case a research job at a university. He had only lived in Beijing for two months when we met at a Friday night social gathering in a bookstore - which is also a cafe - containing a fully stocked bar.

An odd combination that is beguilingly common. Even after such a short time he had grown weary of Beijing cuisine. It was not his food. For most foreigners this is curious - even confusing.

But on reflection the concept of “Chinese Cuisine” ascribes a deceptive coherence to unrelentingly distinct regional foods. To talk of the cuisine of China as a singularity is as impractical as trying to stitch the foods of Belarus, Denmark and France into the same banner of European cuisine - so vague it can only have a hint of meaning.

The variation of cuisine within China is a mirror of its size. The cumin-fragrant meats of Xinjiang; the sugar-capped pastries of Guangdong; the subtlety of Dongbei iced noodle soups - all differ from the intense numbing heat of Sichuan dishes (四川菜).

My friends, born and raised in Beijing, dash away whenever Sichuan food is presented. They cannot stomach the heat. They prefer Beijing cuisine - with its own demure hot pot. No red broth. Indeed no spiciness at all. Just a bowl of unadorned boiling water.

Snickering as he recounts his first weary experience of Beijing hot pot, “I thought my work colleagues were playing a joke on me, they said we were going for hot pot but it was just water - no weidao.” Although we were speaking English at this point, Xiaoming still used the Mandarin word for flavour: weidao ( 味道).

After a couple of cups of light oolong tea I prepared myself for the next dish.

The waiter negotiated his way through the narrow paths of the tightly packed restaurant with a face of constant concern; trying not to spill the many bowls he carried all at once. He laid two bowls on our table before dashing off to deliver the others.

The minced beef and pork is combined with Shaoxing wine, soy sauce and ginger. Then in a wok containing a stir-fry of doubanjiang, green onions, and peppercorns the meat is added. After a few minutes the tofu follows with sugar, chili oil and an assortment of powdered spices - and left to simmer until tender.

From the first electrifying bite this seemingly simple dish enkindles delight. It is intense. I felt my lips again beginning to numb from all of the Sichuan pepper. I thought back to all the times I scoffed at tofu: thinking it was just a weak substitute for meat. I was naive.

“Do you...,” this time I was having slight trouble speaking, “do you enjoy eating any foods not from Sichuan?”

“Sometimes. But I never enjoy anything as much as Sichuan food. I have to seek it everywhere.”

Hesitantly:
“Sichuan food is like a deep addiction. You never fully recover.”

A Sichuan dessert. Served cold. Bing Fen (冰粉) is perhaps the most delicious dessert I have ever tried. It is made of the clear jello from konjac plants (native to China). The jello is drizzled with molasses and topped with rose jam, watermelon chunks, fresh berries, mini sticky rice balls and pumpkin seeds.

This dish is sweet and acts to subdue the stinging from all the heat that came before. The flavours do not explode - they caress.

We didn’t speak at all as we guzzled our Bing Fen.

I finished before Xiaoming. I realized why he was in such awe of Sichuan food. It was not the crude awe that leaks from nostalgia. “Of course he loves the food he grew up eating,” I thought. But I was wrong.

I realized, instead, it was a kind of reverential awe that springs from astonishment. In a real way these meals were a revelation to me of the flavours of Sichuan. But how do you express a revelation?

“Did you enjoy the food from my home?”

The ABCF mission is to build a deeper understanding between the Chinese people and Barbadians and Caribbean people from all walks of life. The association’s focus is on personal experiences, people-to-people contact, cultural exchanges and exchanges of ideas, and the facilitation of travel, business and study. From the outset we aim to learn from and build on the experiences of the Caribbean and China, and to develop mutual understandings and support that will be to the benefit of both sides.